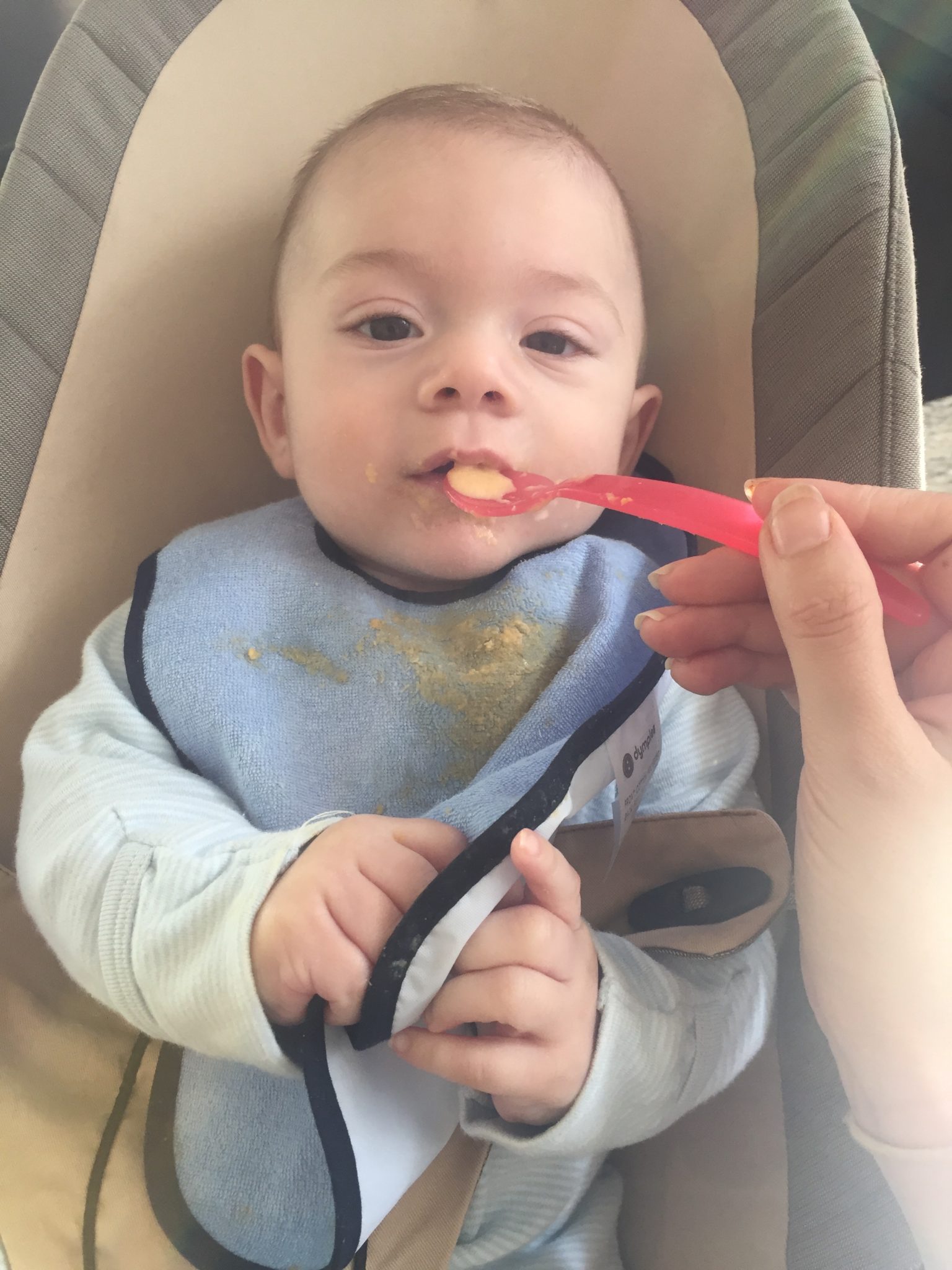 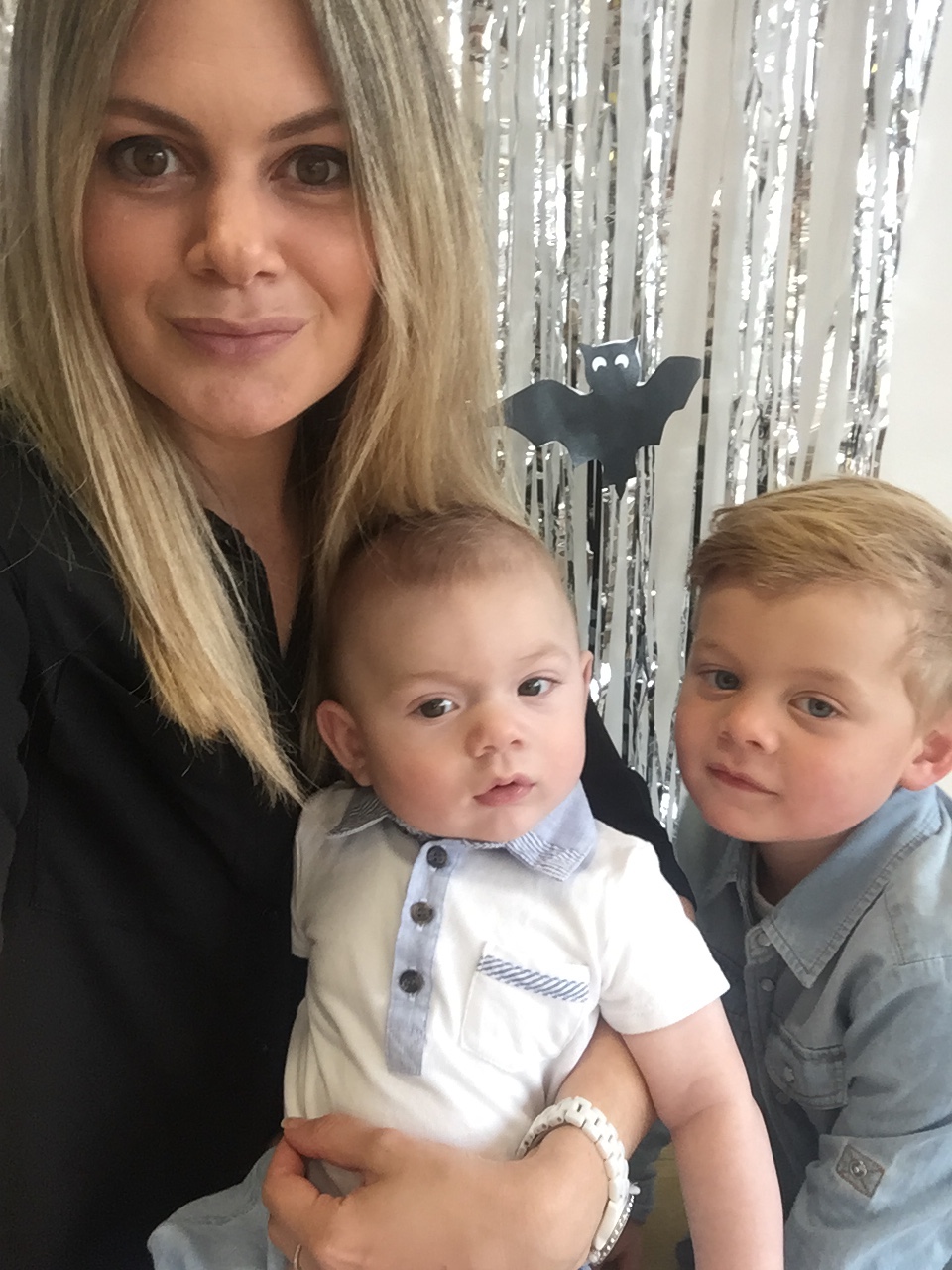 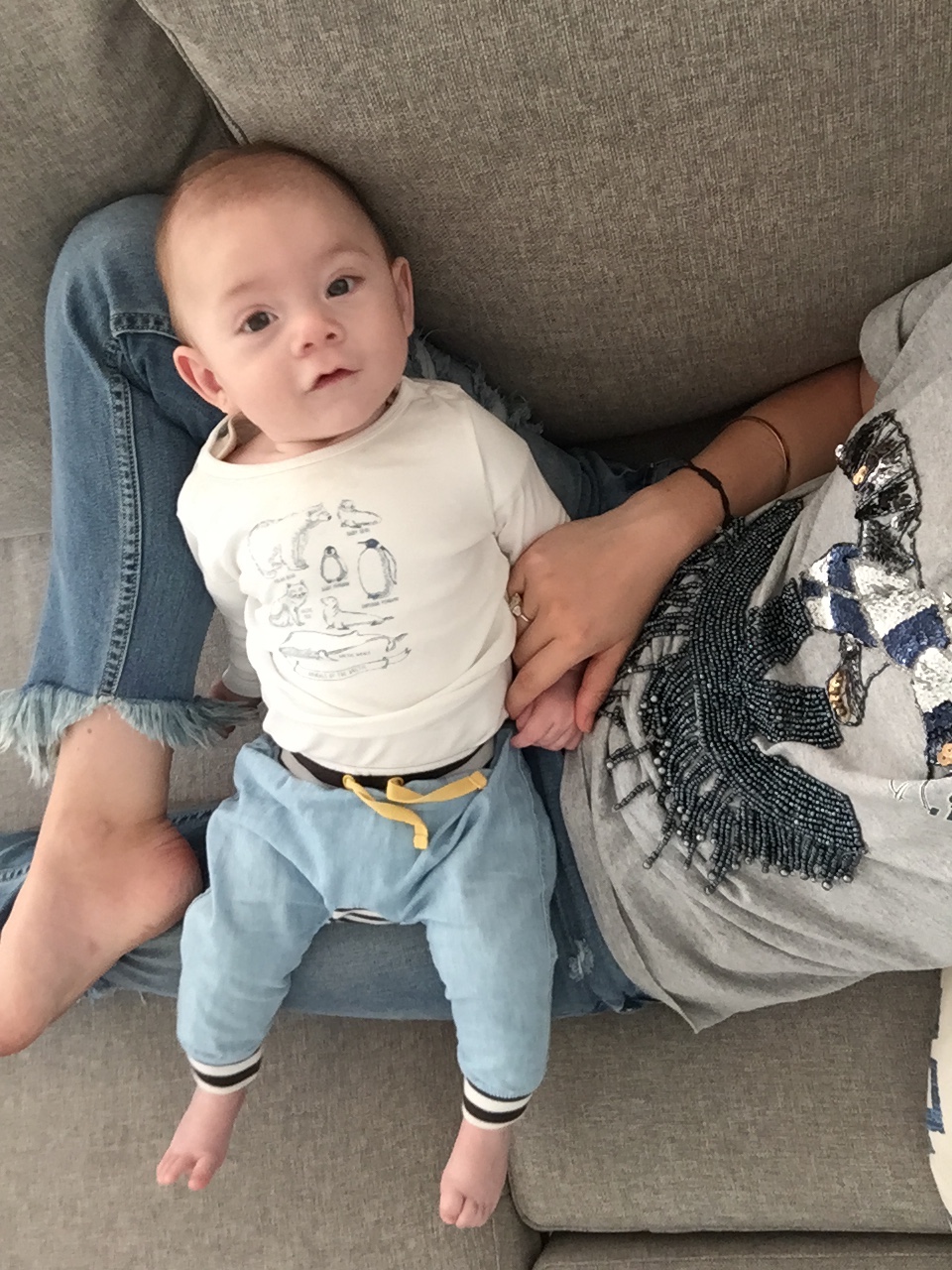 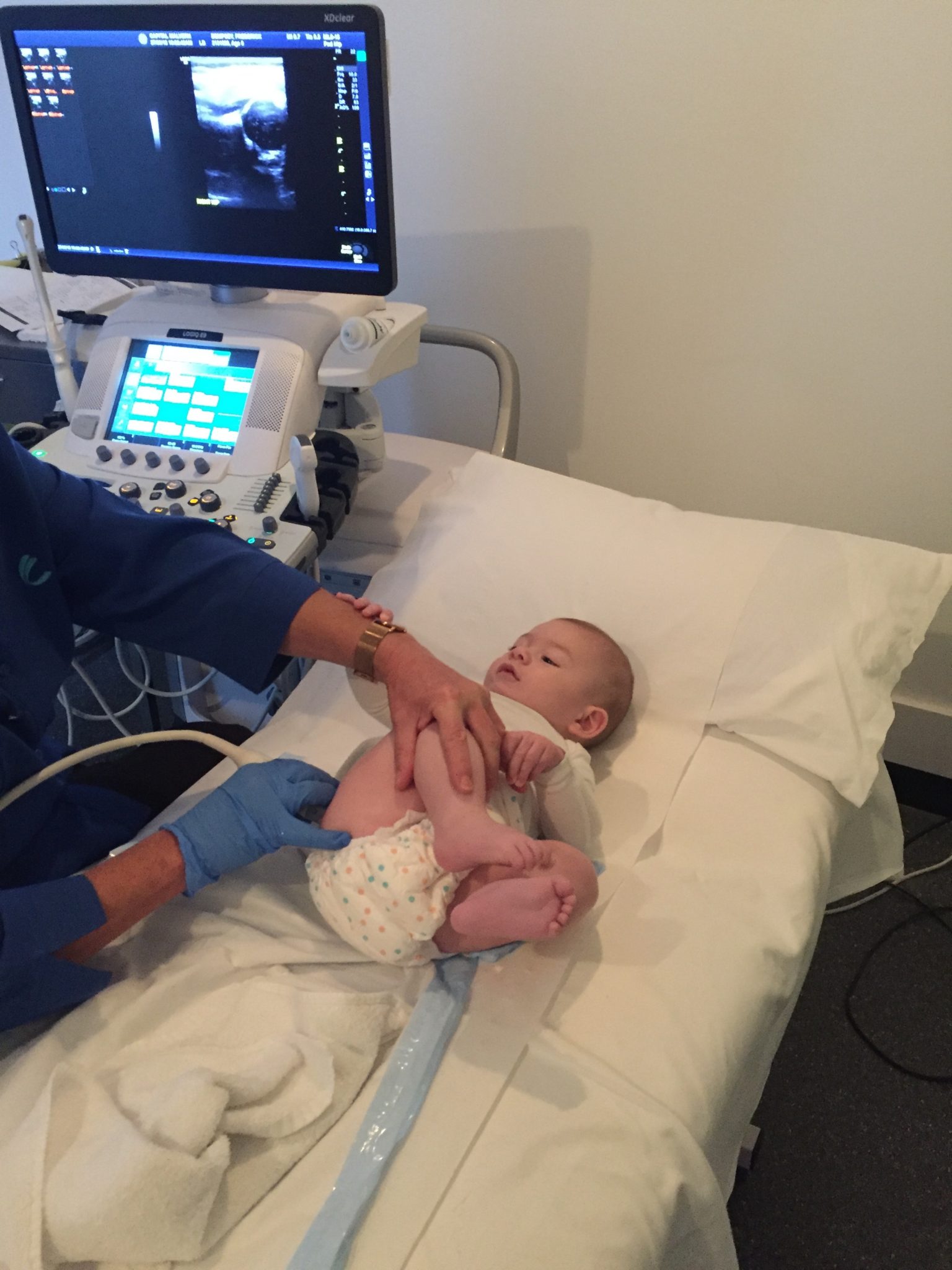 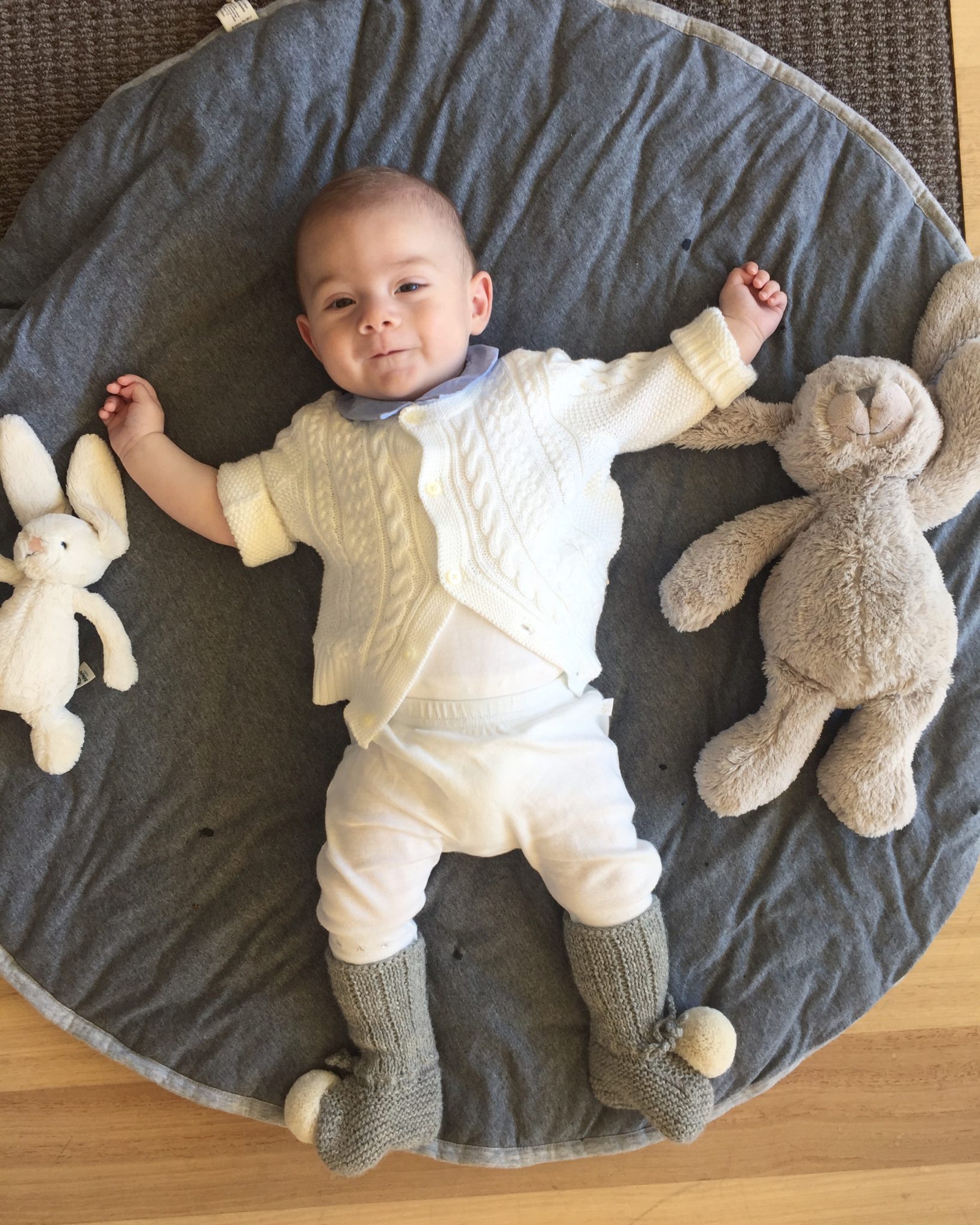 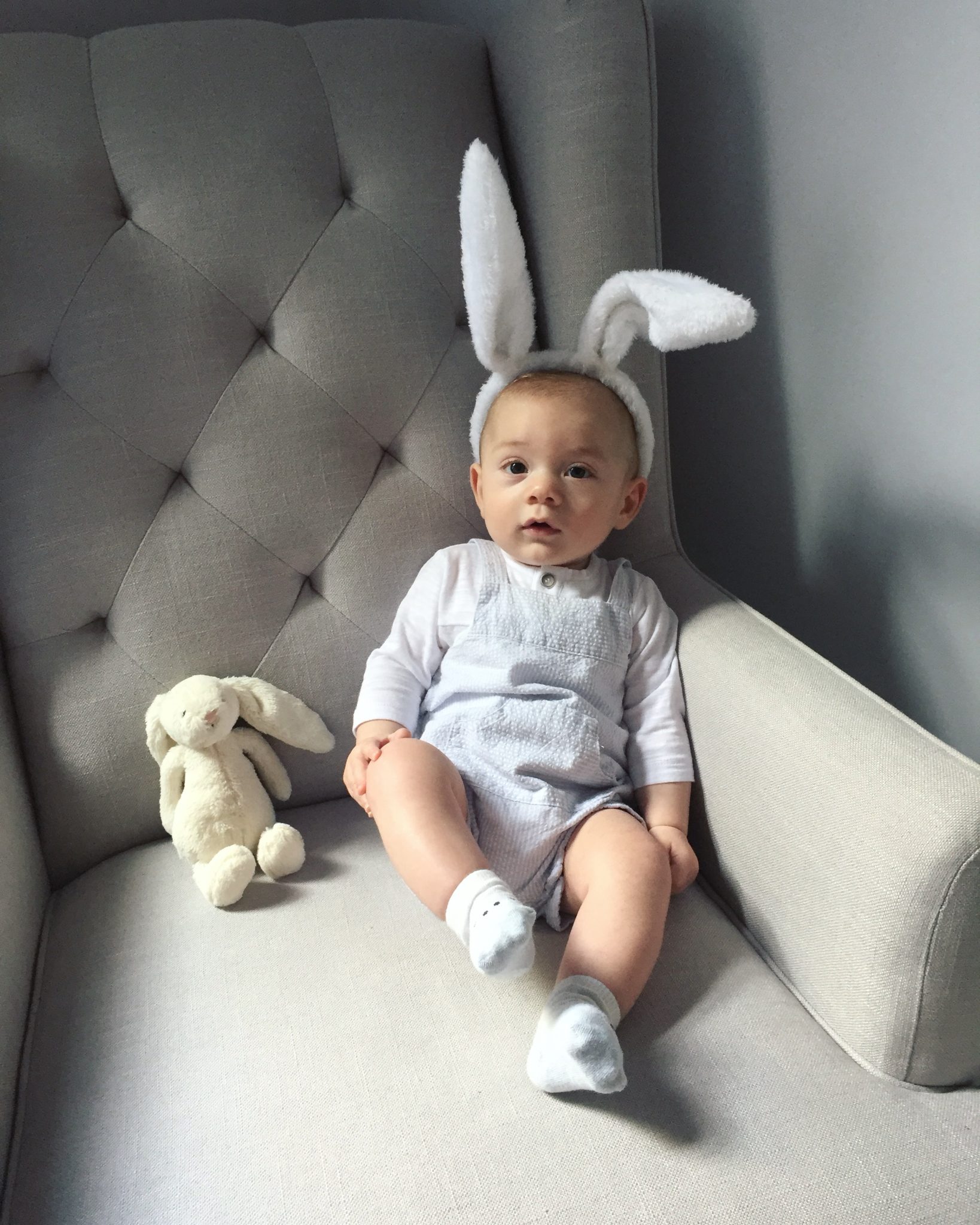 Another great week for us, Freddie is 20 weeks and is just a dream baby right now. He is a happy, quiet chiller and I am so happy to say, he is self settling in his bassinet! I remember when he was only a couple of weeks old and I really wanted to introduce him into the Cocoona baby but I thought when the day came for him to stop sleeping in it (3/4months) he would struggle and not want to sleep flat! Well, I am happy to say that this never happened and he transitioned easily from Cocoon to the bassinet.

When I put Freddie down to sleep, I do the same thing all the time and I think it has really helped in showing him the signs that it is sleep time.I put him onto his bassinet on top of his sleep bag (the love to dream arms in still) and zip him up. I tuck him in tight with two wooden blankets, put his dummy in, put on his white noise, rub his forehead and leave the room. Sometimes he will go straight to sleep, other times, he will sook (not a distressed cry) and then after a couple of minutes I will go in and put the dummy in, rub his forehead or between his eyes and he will drift off. If he wakes up 45 mins later, I just put the dummy in, put the white noise back on and rub his head again and he would go back to sleep and sleep the full two hours or one and a half.

This is such a win for us! When we go out, it isn’t that easy, he might go in and out of sleep in the pram, he might be awake the whole time or I might be holding him. Recently for Easter, I took his bassinet with us to my in-laws house so he could sleep two sleeps in it. I knew we would be at their house for along time so I found a dark room to put him in and did the usually sleep routine, he sleep fine!

In other news, I had his hips checked as his folds on his thighs dont match up and one leg extends to the side further than the other (health nurse told me to get it checked) and thankfully, all is fine!

We stared solids this week also! I wanted to hold off a few more weeks, but I thought that maybe this would stop him from waking between those hours of 12-6am as the re-settling didn’t work and nor did a bottle. Success! The first night he slept soundly to at least 5am but… as I know never to hold my breath, the other nights following weren’t as perfect, but we will get there!

He likes solids, not loves but likes and so far I have tried him on rice cereal, pumpkin and apple. I just follow the Save Our Sleep guide for this:

First three days, give rice cereal at 12pm and you can introduce a fruit or veg.

I will try some sweet potato, carrot and a few others this week also and I simply make it in my Beba Baby Cook!

Now, there is one crappy thing going on which is the fact Freddie still has phlegm in his chest and it has been there for about a month! We are trying most things (Vicks,humidifier, back patting, raising bed, nose sucking, probiotics) but we cant seem to shake it. He is so happy and not to fussed about it, apart from around 5am when he starts to get snuffly, I would love for him to get it out the poor little guy.

The crying in the car has lessoned since I put a car mirror in for him to look at himself with. It has been a game changer for us and he would only cry around three out of five times which is an improvement. I highly recommend you get one if you don’t already have one.

As for me? I am desperate to get my fitness up, I am just really struggling to find time so I think apart from seeing my PT once a week, I need to wake at 6am and go to the gym and do a class. Can I be motivated to do so? We will see. I am doing my pelvic floor’s every day which is a big deal for me because I have had bad issues with it for six years and I am making a conscious effort to get my core back and my pelvic floor strong. Thanks to Shira Kramer who has really motivated me to do so, she is so caring about me and my wellbeing and I had only met her the one time, it really made me put this into a priority.

Oh, I got my first period the other day! If you know me by now, I started to panic about not having it and booked in an appt with Len Kliman to discuss why I didn’t have it. Well, I will still keep that appt for a pap, but Mrs Flow came and I am relieved. It was really the last piece of the puzzle to have me back to me and non pregnant/post baby. So, after Freddie was born, I bled for a long time, around 6.5 weeks and then it went and I didn’t have a first period until now, 20 weeks pp. I stopped breastfeeding at 3 months so, two months after stopping breastfeeding. Waaaaa it still makes me sad that I am not still feeding him and between you and me… I kind of want a fourth baby.

All up, a lovely week with Freddie, he is just so gorgeous I could snuggle him all day long. Mind you, he is almost in 0 and out of 00 which means he was hardly in 00 at all!