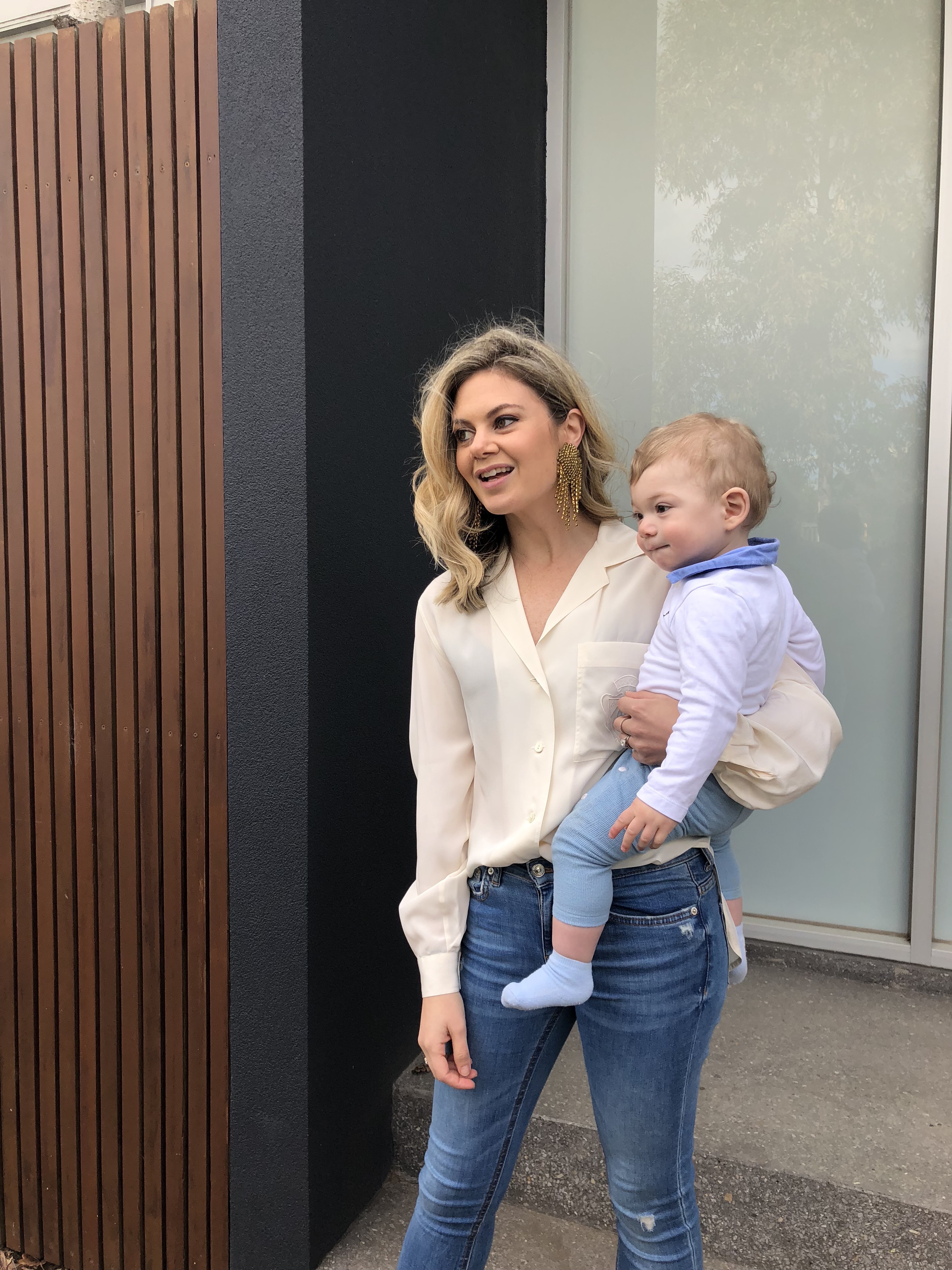 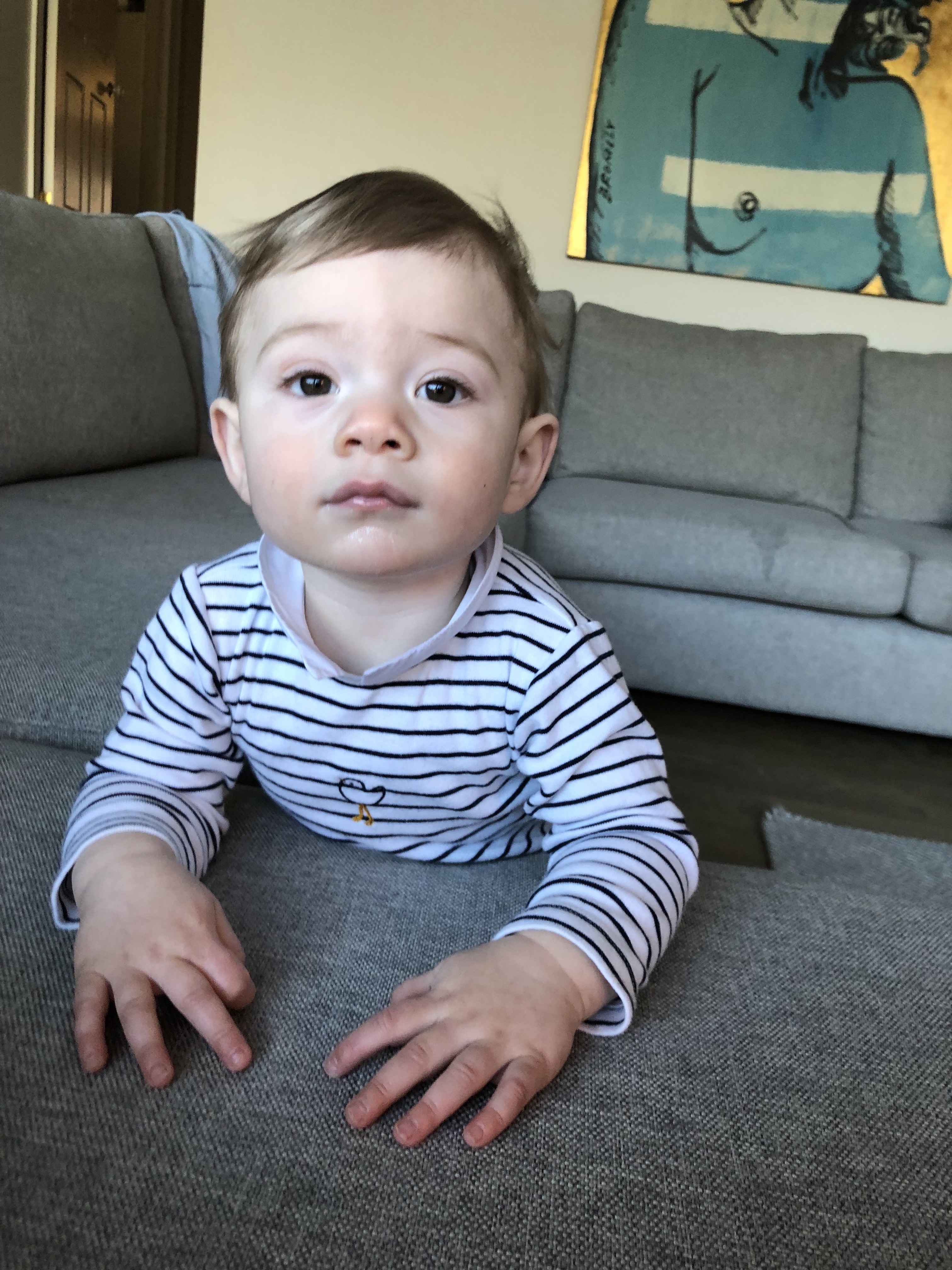 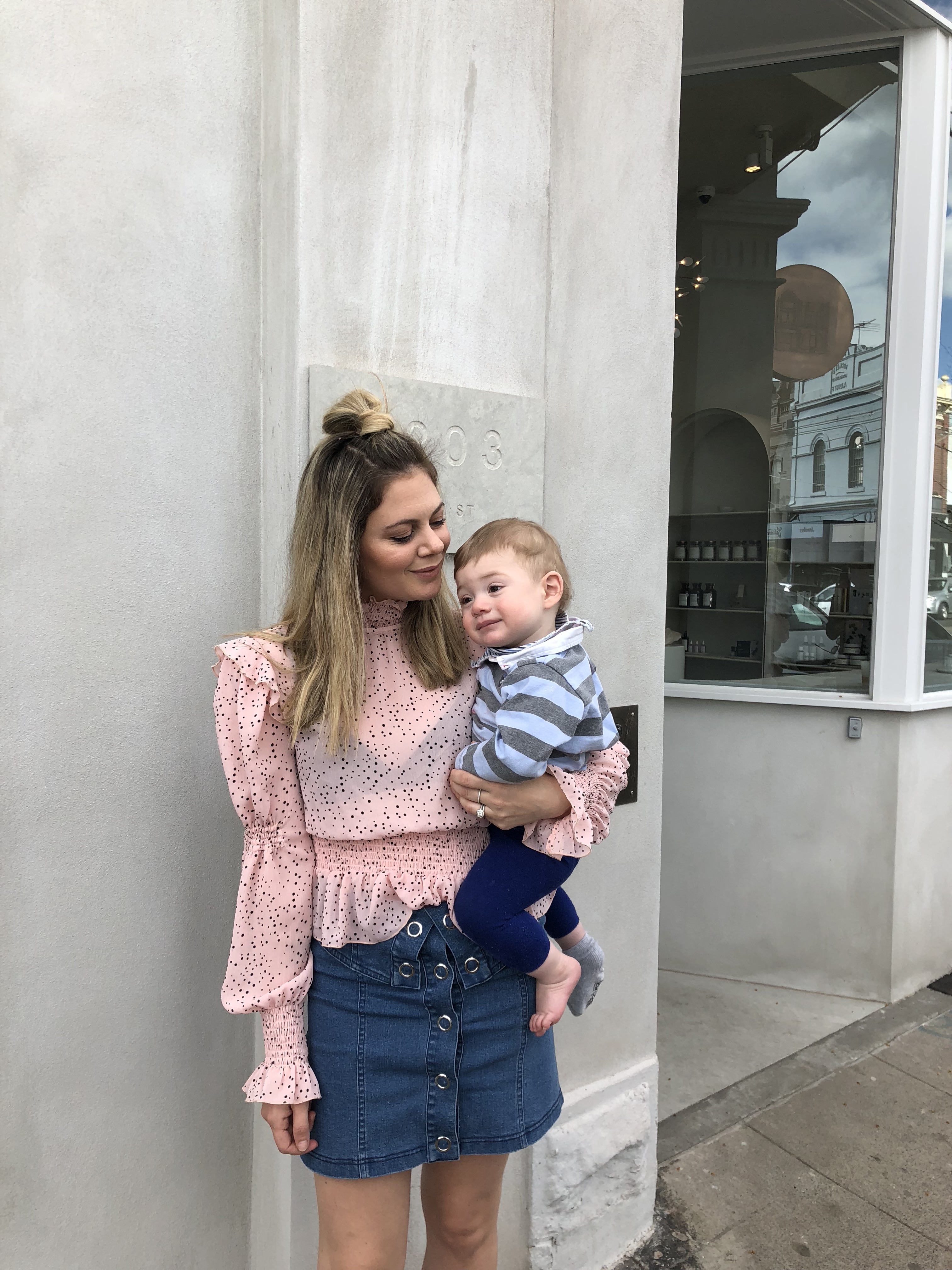 Since we last spoke, I was telling you how Freddie is injury prone with his middle brother Will. Well, it hasn’t stopped. Not only has he had his fingers jammed in the same door, same scenario, twice, but last week we copped a bloodier situation.

Will likes to go above and beyond in protecting Freddie, and as it turns out, him trying to ‘save’ him, always turns into disaster. The other day, Freddie pulled himself up and started touching the TV. Will ran to him to stop him and decided it might be a great idea to carry him away. Not only did he carry him, he started to run with him. I was there in the same room, and it all happened so fast that I missed the perfect second to stop him before it was too late. He ran, he tripped forward and fell onto Freddie (whom he was holding). Freddie fell face first and bit and cut his lip, he cried and cried and blood came and blood came.

I felt really sorry for him and Will, he ran away embarrassed and ashamed and after I tended to Freddie, I made sure Will knew that it was an accident (but he must not carry him again).

Sometimes, we need to stop and think how a 4yo is thinking. I know he didn’t intetnially hurt his borther, his objective was to save him and as a child does, they live in the moment, and he thought running with Freddie would be fun and he was most likely impressed that he could actually carry him with his strong veggie and meat eating muscles.

I know this isn’t about Freddie and you are all here to read about Freddie, but I wanted to give you an update on my NO SCREEN TIME BAN. If you don’t have older children, well listen up, becuease one day your little one will be big and you might want to try this.

A school mum told me that her children don’t watch TV from Sunday afternoon to Friday night. This sounded interesting to me, because, my boys fight a lot, they watch a lot of TV and because I was relying on it to help me babysit whilst I cook, work, tend to Freddie or clean, because Josh works so much. It was one day when the boys’ fighting was getting beyond me being able to cope and my screening voice became just a background humming to them, that was when I needed to try something else.

We started three weeks ago, and I must say, it has been the best thing ever. After school, the boys play together (often fight over toys but somehow figure it out not too long later) they play outside, they play alone, Aston reads, they do crafts or build cubby houses. The fact I just said to you “Aston reads” is a huge deal, as I have heard other mums call their sons ‘bookworms’ giving it a go trying to read their books from home, but not Aston, he was not interested.

Look, the house is messier now, but it’s a sign that my kids are playing, so I will take that kind of mess. So basically, if you aren’t picking up toys and pillows from all sorts of parts of the house, then your kids aren’t playing enough right?

If you think you can give it a go- do so and let me know how you go with it. Aston also isn’t allowed ipad until the weekend, which has always been the case since we started rewarding him with his good school work (previously, he would only have ipad on hilidays or if we really needed at a restaurant).

Freddie– he is ten months, he is so close to one!! He acutally has had a congested snotty nose (the green nose kind that you hate seeing other kids with at the childcare drop off. Many times I would drop Will off, see a child with two slugs hanging out his nose and wondered if I should pick him back up, turn back around and hightail out of there) that has been around for three weeks now.

He is waking often at night because of the blocked nose and wont re-settle unless I give him milk, rock him and sometimes give him Panadol if he is really irritable with it (a humidifier has worked too).

He has also been off his food. I mean he won’t let me feed him, he won’t feed himself and he take’s pleasure in saying ‘Oh Ohhh’ and dropping the food on the floor. I haven’t been too worried becase he is still having milk, if he was not having his formula, didn’t have wet nappies and was losing weight then I would be concerned. He also lets me feed him smoothies, so I always pack it with any sort of veg I can find. A typlical smoothie would be banana, parsley, cucumber, celery and sometimes a weetbix. He also enjoys sushi (cooked tuna).

He isn’t teething at the moment, a few of you said, OK, a lot of you said, that their children don’t eat when teething. I know when Freddie is teething because he gets a terrible eczema rash on his cheeks that is bright red.

Sounds and words: I can hear him saying ‘G’ and ‘M’ which is very exciting, which means he is close to saying Mama!

He loves balls and is great at throwing a ball and crawling to it to get it. He says “G-G-Go” when he throws it.

He is obsessed with outside (hence all the finger jams) and we can’t wait until the weather warms up so we can let him crawl around the back yard (after we clean up the dog poo that is).

Make sure this account has posts available on instagram.com.